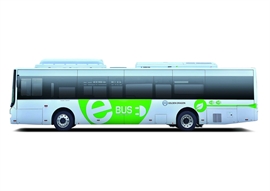 The media about us: "Bulgarian company with a serious commitment to the green public transport"

The green transport is already a topic to which serious attention is paid in our country. The fight against climate change and the purity of the air we breathe has become a serious topic in the daily live of the Bulgarians. A few years ago electric buses were something we were used to see only in the TV reports from richer and more developed countries, today they are part of our daily life. Learn more.. 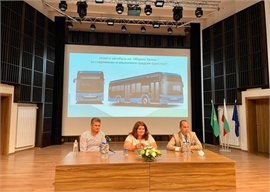 BTA, BNR, BTV, Darik shared the news regarding the signing of the contract between Avto Engineering Holding Group and the Municipality of Vratsa for the supply of 13 low-floor electric buses

Vratsa is becoming the first regional city in the country with all-electric transport! Partnerships with manufacturers of electric buses and trolleybuses have been a major focus of Avto Engineering Holding Group in the last couple of years. Another contract for supply of electric buses was recently signed by the consortium Avto Engineering-Golden Dragon with the municipality of Haskovo. Learn more..

A new dredge has arrived in Ruse: the project consultant is Avto Engineering Holding Group

A new dredge for the Danube River Research and Maintenance Agency has arrived in Ruse. The specialized dredging vessel was built by a Dutch company. It is worth BGN 6.1 million. The dredge traveled 3,000 km to Ruse, crossing the Rhine-Main-Danube canal in 26 days. It will be called "Yantra". This is not accidental, as all vessels of the Agency are named after Bulgarian tributaries of the Danube. Learn more.. 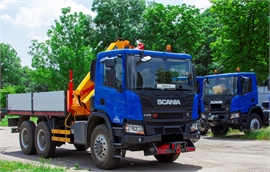 This is not the first delivery of Avto Engineering Holding Group for the Electricity System Operator, Sofia. About a year ago, a tractor with a heavy semi-trailer was delivered. The vehicles are based on Scania chassis, 6 of which are equipped with a winch, and the seventh is equipped with a winch, on-board superstructure and a hydraulic crane for self-loading. Learn more.. 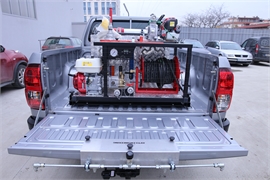 The Bulgarian system Shumcar™ - "Ambulance" in case of fires

The Shumcar™ fire extinguishing system was developed by the team of engineers and constructors of Avto Engineering Holding Group headed by Eng. Leonardo Stoyanov, a long-term employee of the General Directorate of Fire Safety and Protection of the Population. Shumcar was set up to make it easier for the forest agencies, nature parks, municipalities and farmers to fight the fires. The lack of such a solution on the Bulgarian market so far and the knowledge of global trends and good practices in the sector was the basis of our desire to create a high class product under the motto "Made in Bulgaria", said Stoyanov. Learn more..